RRB Group C Hall Ticket ALP Technician Exam 2019 Released Now : The examination is scheduled to be conducted on May 21, 2019. The candidates can download admit card(Hall Ticket) through all the region based official websites. There is a very important update regarding the RRB Group C ALP Technician exam 2019 Admin Card Released. More details would also be available on the official website.

All the representations received through the link will be reviewed by RRBs and only those candidates who were genuine/likely to have been affected
will be rescheduled on 21-05-2019 and E-call letter will be available for download on 18-05-2019 and CBAT will be held at 15.00 hrs on 21-05-2019.
The candidates rescheduled will also be advised through email as well as SMS to download their re-call letter,” the notification also read. However, in few centers, though candidates highlighted the issue of image not visible, they have not given their representations to the center but later sent mail to the RRBs detailing the issues faced by them,” read the notification.

Step 1: Visit all the region based official websites
Step 2: Click on the ‘download admit card link’
Step 3: In the new window, enter registration number, date of birth
Step 4: Admit card will appear on the screen
Step 5: Download it, and take a print out for further reference. 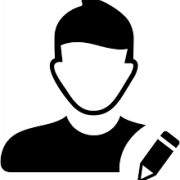